La Mercè, as it’s commonly known, is an enticing mix of tradition and modernity. That means that on the one hand you can enjoy typical Catalan cultural customs such as the correfoc (a ‘fire run’ that sees participants dress up as devils carrying sticks with fireworks spinning on the top of them; bold, and well-protected, members of the public dance alongside them in the midst of the sparks, smoke and explosions), castellers (the human tower makers who clamber onto each other’s shoulders as they try to build the tallest ‘castle’ possible), and parades of gegants (giants) and capgrossos (big heads), which in reality are largescale papier mâché figures that represent historical characters and fantastical creatures. And on the other, the extensive BAM music festival that offers free concerts across the city, family-friendly activities, and a wide-ranging fair of local associations that fills Plaça Catalunya. Ciutadella Park is the scene for theatre and dance as well as art, music and other culture from this year’s guest city of Lisbon. And to top it all off in style, fireworks displays are held on several evenings of the festival, a tribute of colour, noise and light to one of Barcelona’s most important women. For more information: Visitbarcelona.com
share 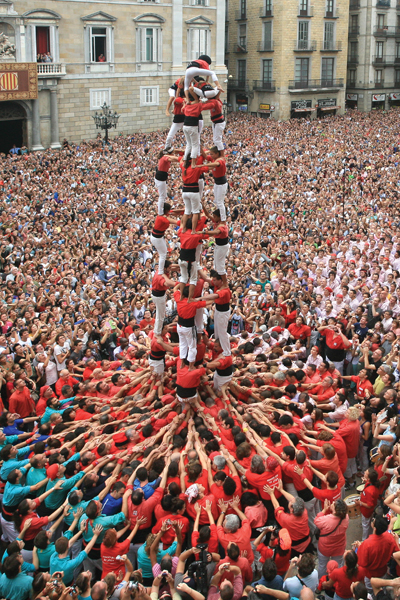